The Lincoln Motor Company joined forces with Hamilton Street Grill in Yaletown to present the second annual Savour the City Supper Club on Tuesday evening. This particular event combines a unique dining experience with an automotive one.

Walking up to the contemporary steakhouse, I was greeted by several brand new 2015 Lincoln MKC compact luxury crossovers in an array of colours parked on both sides of the street. After checking in, a guide accompanied me on a quick test drive around downtown Vancouver, and stopping for a photo op, before heading back to the restaurant.

Having a chance to check out the small SUV at an earlier preview, it was my first time behind the wheel. The MKC is available with two engines: a standard 240-horsepower 2.0-litre EcoBoost and a 270-hp 2.3 L EcoBoost. My co-pilot enthusiastically suggested I turn on sport mode in the latter vehicle and I was surprised by how hard it pulled on the Cambie Street Bridge straightaway.

My favourite feature though actually had nothing to do with driving. After returning to the restaurant, I stopped parallel with another MKC on the street and activated the self-park feature — my first experience with this technology being a diehard self-parker. The gas and brake are still negotiated manually, but the MKC guided itself gently into the fairly tight space in a few seconds with no fuss or muss. Consider me impressed.

After the jaunt around the block, guests were treated to a three-course meal prepared by executive chef Neil Wyles that included specialties such as bison carpaccio and certified Angus New York steak with brandy pepper cream sauce. Bartenders were also busy pouring cocktails with fitting names like The Continental (Belvedere Vodka, ginger beer, lime) and The Town Car (Woodford Reserve Bourbon, Cointreau, lemon).

Click for more information on Hamilton Street Grill and the Lincoln MKC. 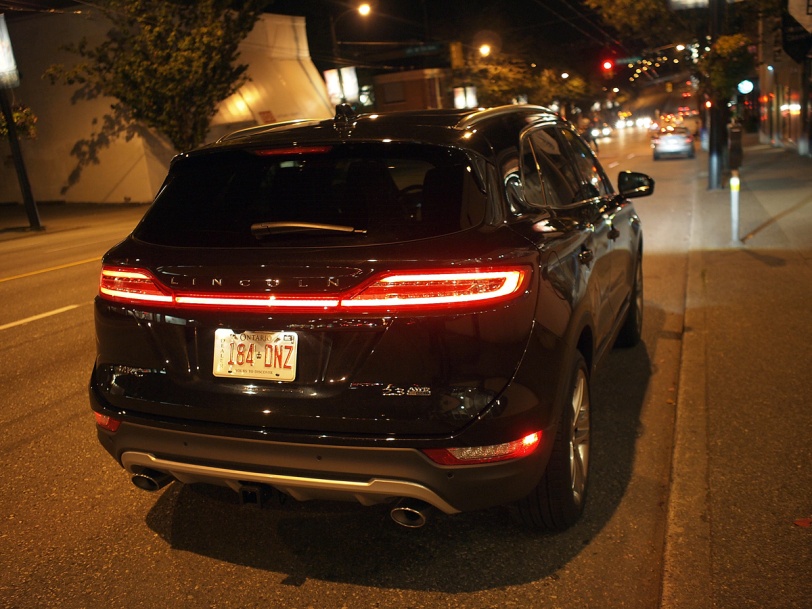