No time for idle hands (or feet, eyes, ears, mouths)

It’s been almost two months since I started working as a reporter at the Sooke News Mirror on Vancouver Island and I repeatedly get asked how the job is, to which I always reply “busy!” As basically the only other person in the office churning out stories besides the editor, I get to cover everything from city council meetings to highschool sports. A perk is that I get to take photos (a LOT!) on the job—the downside is I’m not as good a photographer as I thought I was.

My skills were definitely tested yesterday, having to be at multiple locations at once, at the fifth installment of the Sooke Subaru International Triathlon that took place from 6:45 a.m. until 3 p.m. The difference for this year’s event was the District of Sooke negotiated a deal for the triathlon to be aired on TSN in September. There was also an elite event added to the schedule, where professional triathletes took part in a “chase.” Women were given a 15-minute head start in the swimming, cycling and running competition but it wasn’t enough, as Olympian Brent McMahon from Victoria overtook the lead woman Amanda Stevens from Colorado to win with a time of one hour, 54 minutes and 40 seconds.

With several roads either completely blocked off or limited in access, I had to find creative ways via sidestreets to beat the competitors to their destinations so I could get some good pictures for this week’s issue which will be up in the sports section on Wednesday. For now, you can find some of them below: 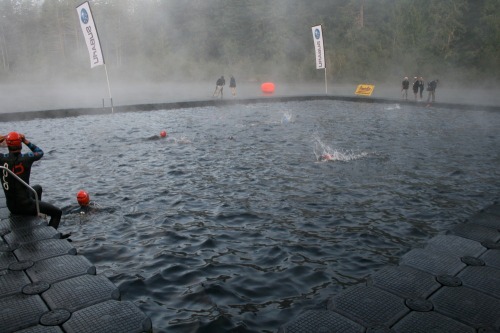 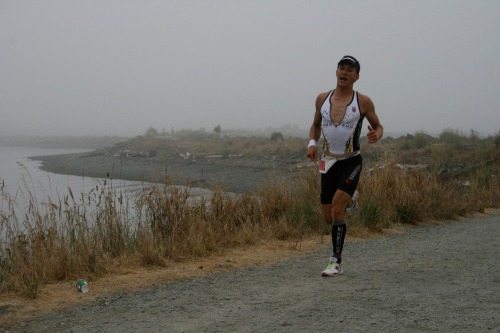 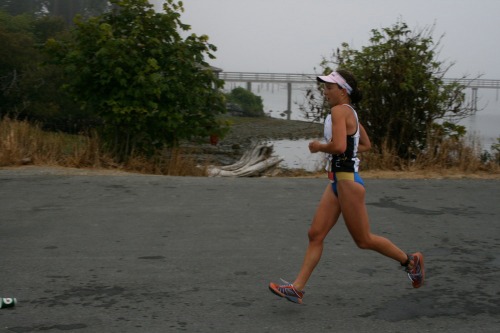 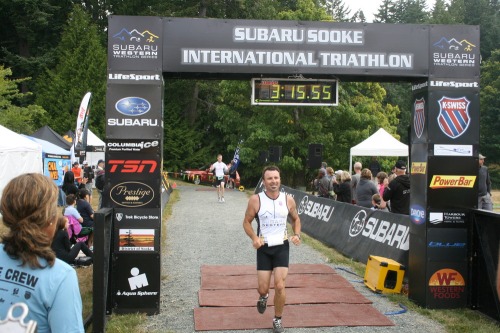