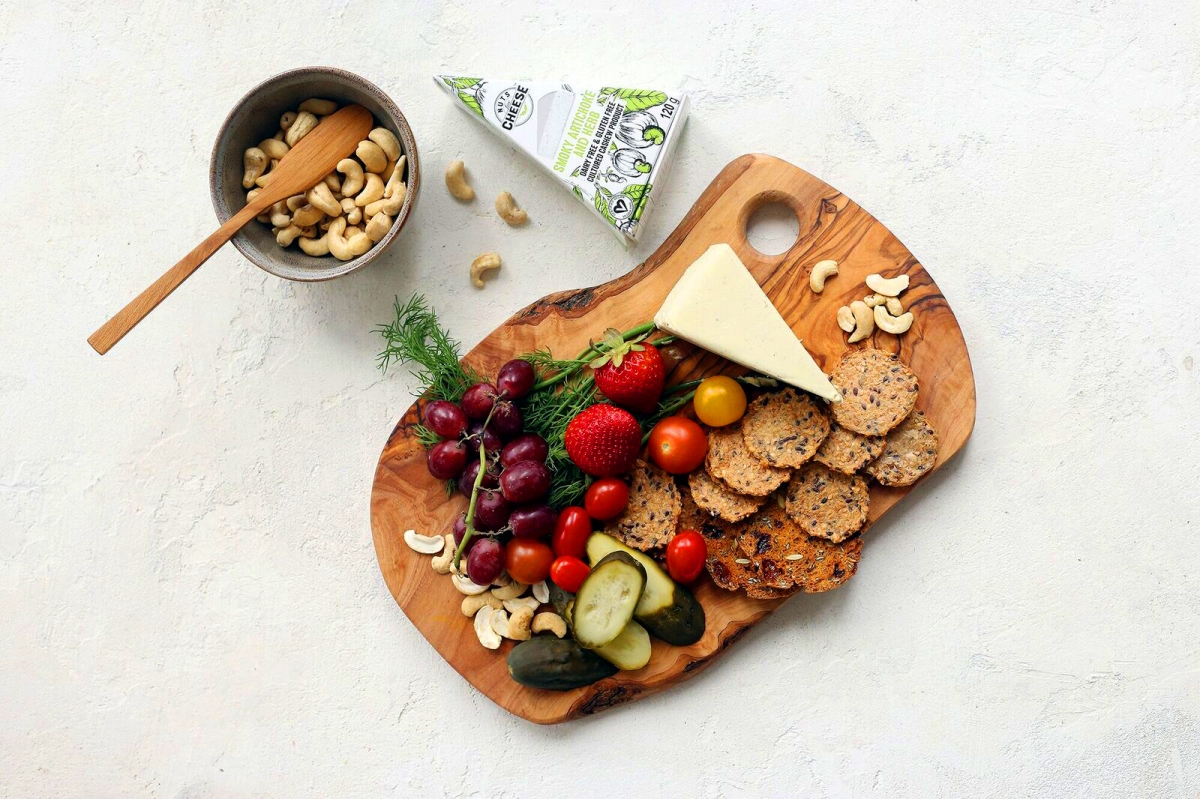 For those affected by lactose intolerance, myself included, the struggle can feel real. At least in the realm of cheese, a business based out of London, Ontario is providing a delicious solution.

Founded by Margaret Coons in 2015, who worked as a vegetarian restaurant chef for five years prior to starting her business, Nuts for Cheese sells a range of dairy-free vegan cheeses made from organic cashew milk. Her products have been flying off the shelves at large retailers like Whole Foods and Loblaws for a reason: it tastes an awful lot like the real thing, which is something that anyone who has sampled different substitutes will tell you is difficult to replicate. 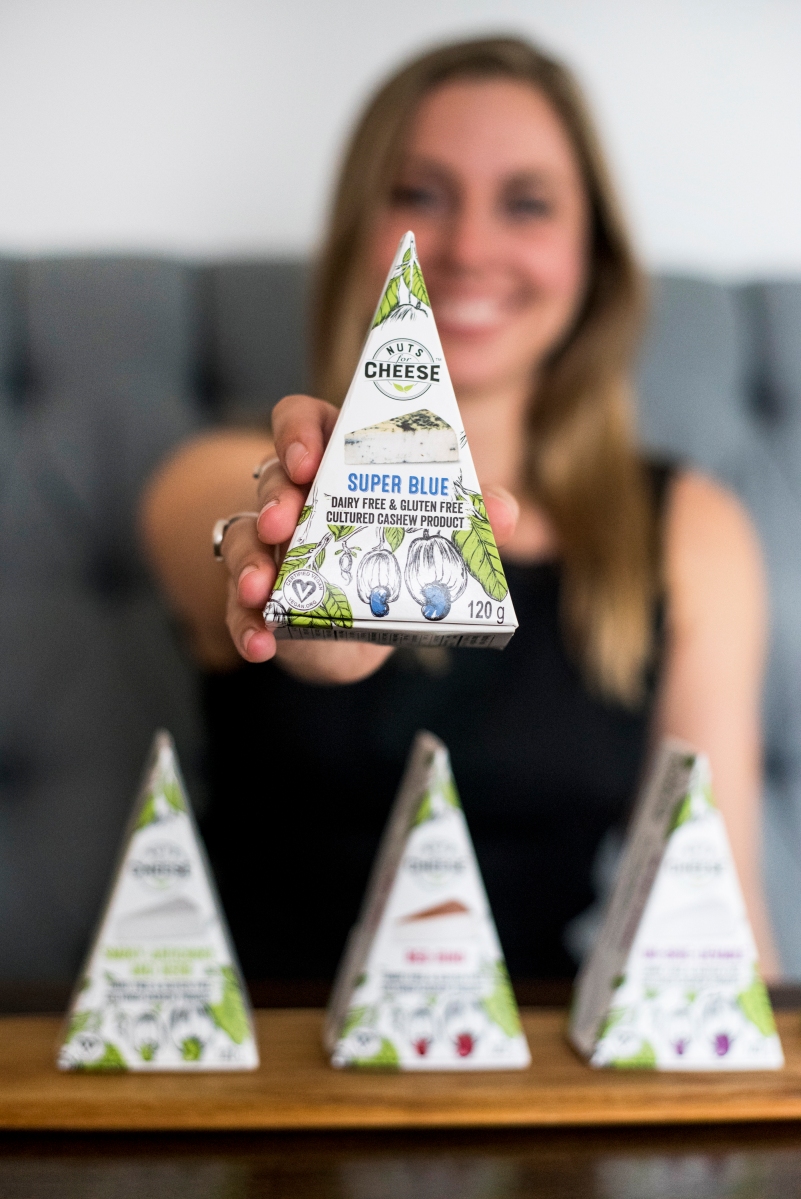 It looks the part too. Sold in wedges, there are a range of flavours represented including Chipotle Cheddar, Smoky Artichoke and Herb, Un-Brie-Lievable, Red Rind and Super Blue. The company sent me a few samples and I was surprised at the creamy texture of the cheeses. As a lover of bagels, the Smoky Artichoke and Herb, bolstered by pumpkin seed and artichoke pesto made a tasty spread. I also brought some Chipotle Cheddar to a party to sit atop rice crackers, and the bold and spicy offering, marbled with adobo sauce-infused crushed chipotle peppers, was a rightful hit.

All the products are made by hand in Nuts for Cheese’s 7,000 square-foot facility in Ontario — the cashew milk is fermented using vegan cultures (a sprouted quinoa-based agent) created in-house. Not only dairy free, the cheeses are GMO, soy and gluten free as well. As mentioned, they’re great on bagels and crackers, but make a great (meltable!) topper for nachos, pasta and pizza as well. Protip: toss into the freezer for about 10 minutes first to firm them up for easier shredding.

New flavours are coming out later this year. For more information, visit nutsforcheese.com.