In the world of athletic footwear, a sneaker with an authentic story behind it can a lot of times make a great product even better. A perfect example? The Air Jordan Retro 3 “Hall of Fame.”

This particular classic silhouette actually has a few tales tied to it. The official name is derived from an event taking place nearly 10 years ago now. In 2009, Michael Jordan was inducted into Springfield, Massachusetts’ Naismith Memorial Basketball Hall of Fame. To commemorate the historic event, Jordan Brand dug into its archives and selected a number of iconic shoes MJ wore during his run NBA run to be displayed as part of an exhibit — which included the HoFs. Curiously, the G.O.A.T. never actually officially wore the white/red colourway.

Let’s rewind even further. In 2003, Jordan Brand was still new at endorsing athletes who weren’t named Michael Jordan. The Nike subsidiary reached out to Portland Trailblazer Derek Anderson and offered him a Player Exclusive deal. Subsequently, the former University of Kentucky star stepped out onto the hardwood donning essentially the “White Cement” models with a red heel strip instead of black, representing the first time these were publicly seen.

Three years later, the devastation caused by Hurricane Katrina in several American cities remained very real, and companies and organizations across the U.S. pitched in to aid relief efforts — to that end, Jordan Brand auctioned off several pairs to help raise funds for the rebuilding process. One of those was the mystery white/red 3s, causing sneakerheads to subsequently refer to them as the “Katrina” and at the same time elevating the fresh kicks to true grail status.

Largely fading from the public in recent years, buzz around the shoes grew again when it was rumoured they were going to be coming back in limited numbers late spring of 2018. Indeed, the drop took place and I happily grabbed some directly off the Nike Canada website on a flash restock. 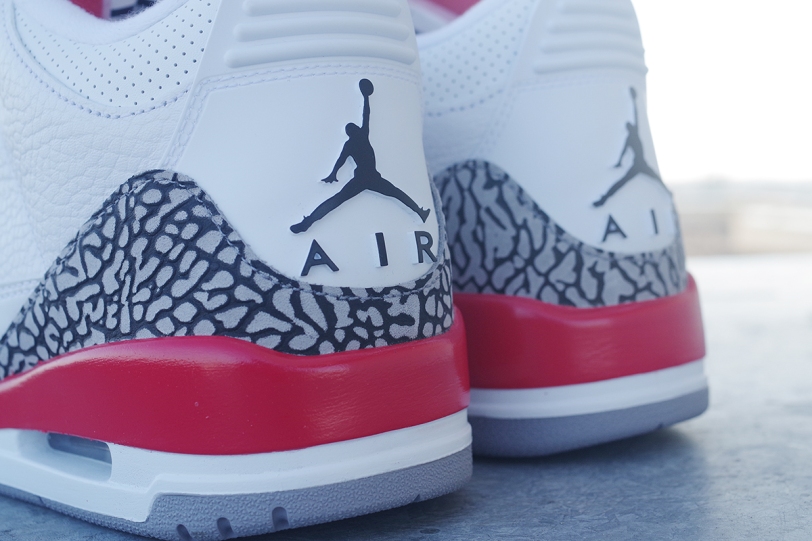 Looking just like the OGs, HoFs feature a virtually all white soft premium leather upper that is perforated in a few sections with hits of Fire Red sprinkled in, the signature colour also prominently found on the tongue’s Jumpman logo of course as well as the aforementioned strip wrapping around the back. Equally prominent is the much-loved Grey “Cement” patterning. To the chagrin of a few purists, a Jumpman logo rather than the traditional “Nike Air” lettering is used on the heel counter, but let’s be honest: is it really the end of the world? A grey outsole ties together the package.

Although I don’t plan on wearing my pair outside anytime soon, they are comfortable on feet as you would expect and like virtually all numbered Jordans I have tried on, fit true to size. Unfortunately no longer available at retail, check the usual resale outlets for stock. 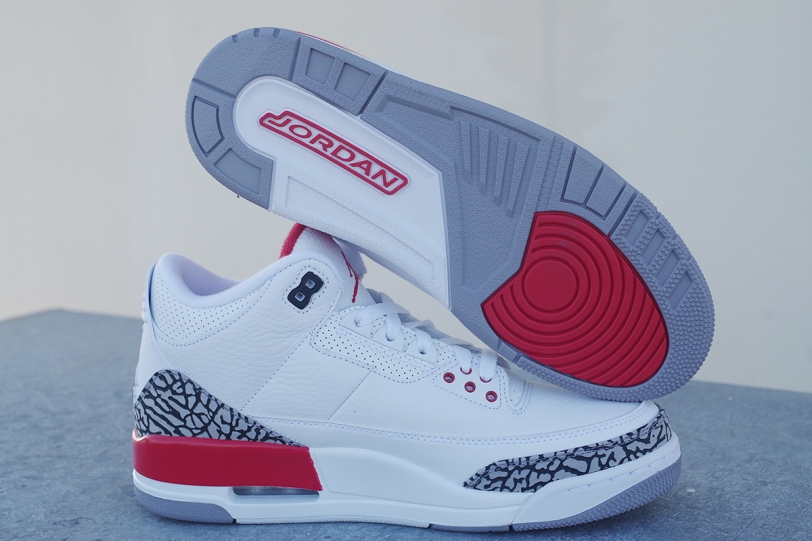