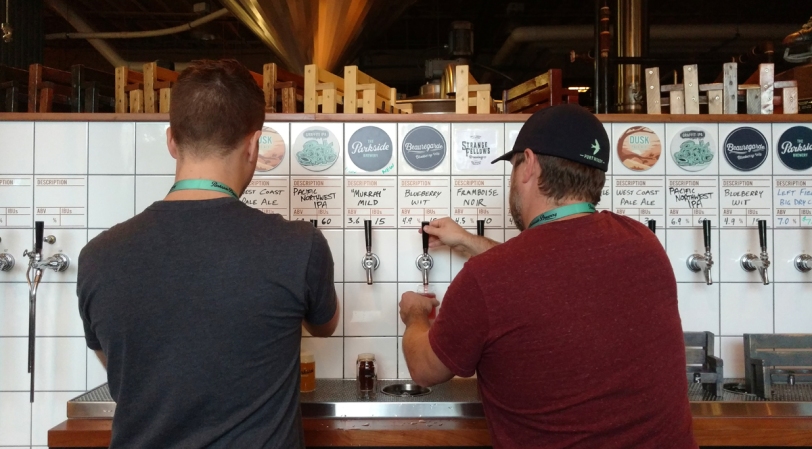 When you think of places in the Lower Mainland housing a concentration of breweries, East Van probably comes to mind first. For instance, lower Main Street or somewhere along Powell Street. But did you know Port Moody — yes that’s right, PoMo — now boasts four craft beer establishments within a one-kilometre radius?

Vancouver Foodster took its roving Tasting Plates food and drink tour to the Tri-Cities to visit a couple of these watering holes as well as a pizza joint, butcher shop and more. Here are some of the stops, and what they offered up, below. 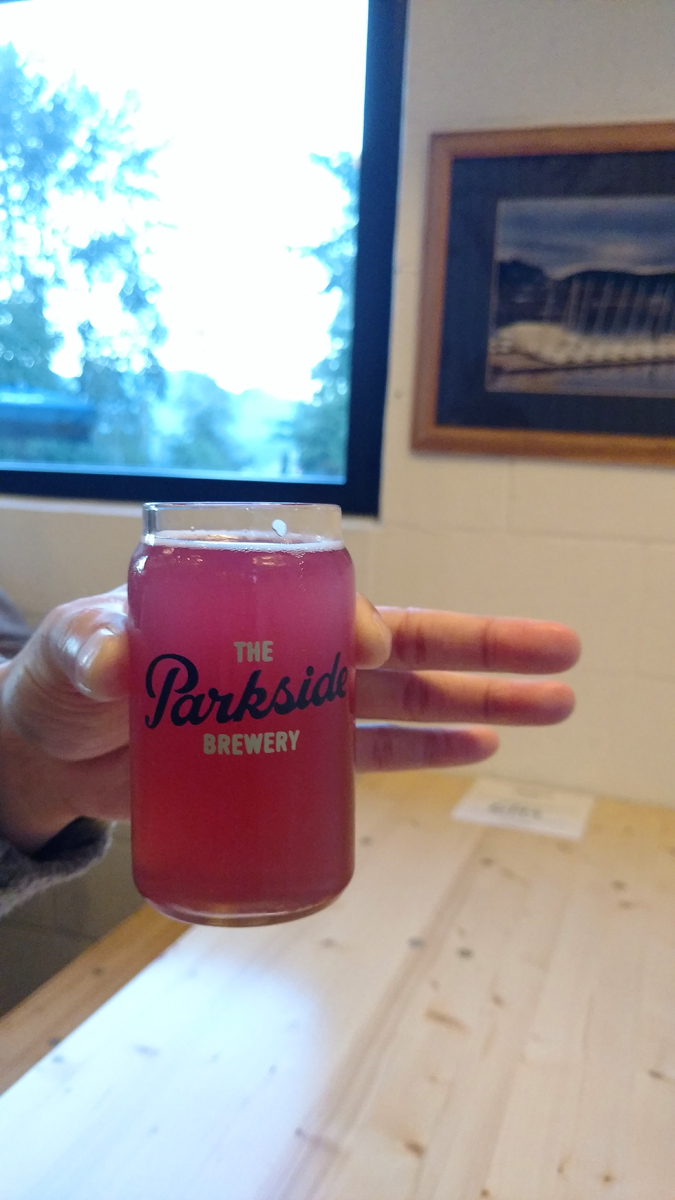 The newest business to join PoMo’s Brewery Row, Parkside is tough to miss with its bright green neon sign lit above the massive indoor/outdoor space with room for more than 100 people. Just opened in June, one of the co-owners is Vern Lambourne who formerly held the title of brewmaster at Granville Island Brewing. For Tasting Plates, a flight of four beers was served on a paddle, or in this case a miniature wooden park bench, highlighted by the Graffiti IPA and a sweet pink-coloured blueberry wit.

Located just down the street from Parkside, Moody Ales, one of the first on the scene in the city, features a slightly more intimate seating area. Guests can play a game of checkers or Jenga while sipping beer, and there’s a small patio outside to enjoy the fresh when the weather’s nice. Four tasters were poured for the event that included the Hardy Brown Ale and Sociable Pale Ale, a citrusy session beer.

This family-owned Italian restaurant is located in central Port Moody and serves up real Neapolitan-style pizza baked in a wood-fired oven right in front of your eyes. The kitchen whipped up a slice of their margherita pizza accompanied by a meatball, scoop of rigatoni bolognese pasta and a couple of frittelles, which are like savoury doughnuts.

This full-service butcher shop is right next door to Spacca Napoli, and specializes in local, ethical and natural meat. Soon to be celebrating its one-year anniversary, Meat Craft set up a barbecue in front of the store to grill up house-made mini smokies topped with apple slaw.

It’s fairly obvious what Gabi & Jules Homemade Pies and Baked Goodness is all about. First selling their pies out of cafés, a standalone bakery was just opened where they make everything from coffee to doughnuts and turnovers. The tasting plate consisted of a latte and big slice of strawberry pie.