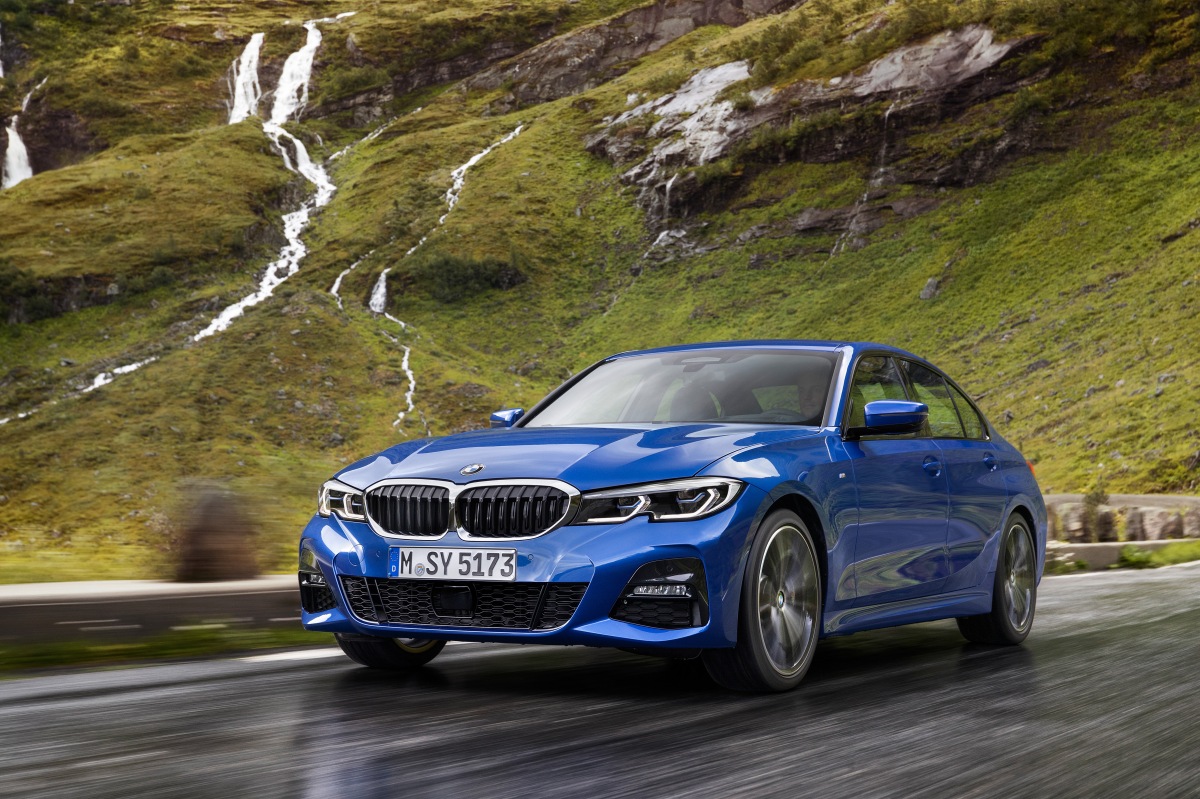 Over 40 years and six generations later, BMW’s best-selling model reinvents itself again. The 2019 3 Series improves on the last version of the sedan in almost every way, from road presence to performance, as we explore in today’s blog post.

Steadily growing in size ever since it was introduced in North America in 1976 as a successor to the BMW 2002, the car does so again gaining 73.7 millimetres in length, 15.2 millimetres in width and 12.7 millimetres in height. Also, wheel base is 40.6 millimetres longer and the front and rear wheels have been pushed out 43.8 and 20.3 millimetres, respectively. This translates into a more athletic stance all around and increased agility in the corners.

Enhancements to the fascia are purposefully subtle, to keep the iconic 3 Series family resemblance intact. The slimmer headlamps — which can be equipped with Adaptive LED Laserlight technology — possess a stylistic notch rising up under the centre section, and the available foglights and Air Curtains are housed inside the bold outer intakes. For the tails, designers added a smoked effect to the turn signal portion for a sportier appearance. Dual exhaust pipes, 80 or 90 millimetres in diameter depending on the trim, finish off the look. Overall, the vehicle looks more premium than expected for where the sedan sits in the brand’s lineup. 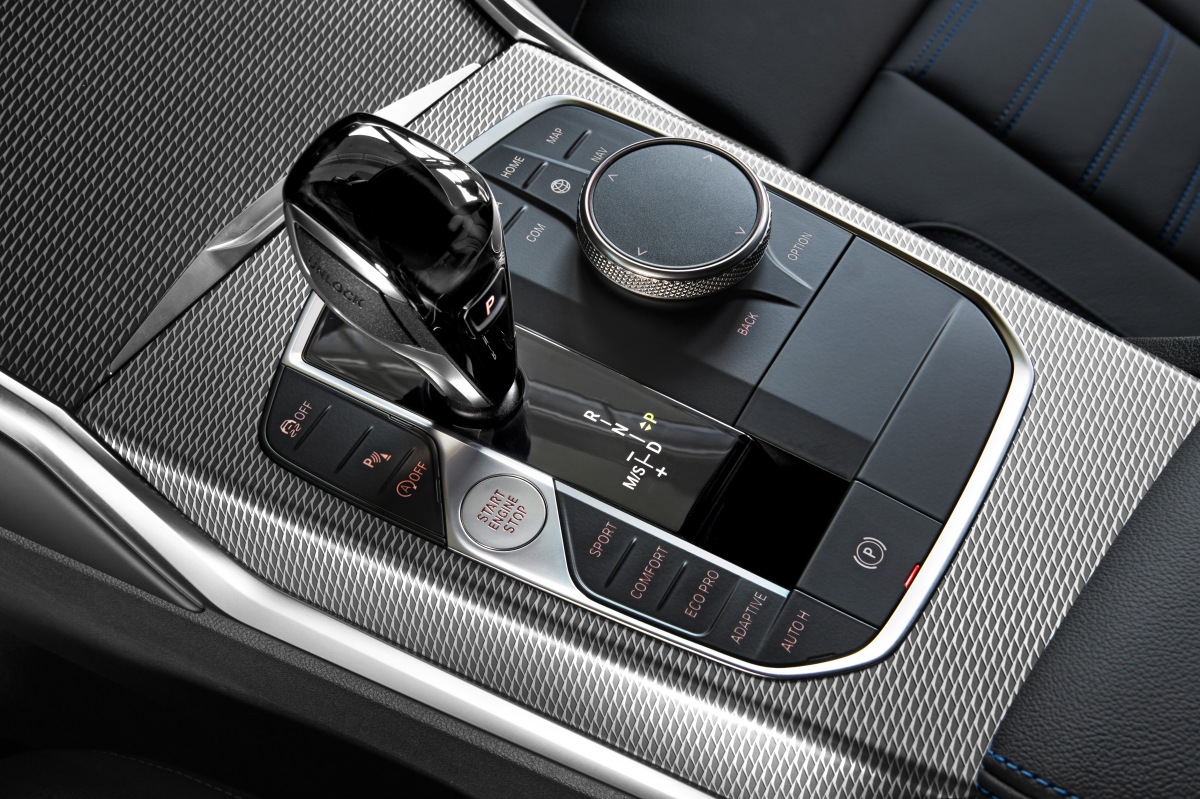 The cockpit retains a familiar feel, however the centre console looks significantly from the one in the outgoing car now featuring a cleaner, less cluttered layout. For example, the reshaped transmission lever is much sleeker, resembling a cobra head, and sits next to a start/stop button no longer found on the dashboard. Also sharing the space, that’s sheathed in a cool textured metallic surround, is the intuitive and ergonomic iDrive Controller, Driver Experience Control mode selector and the electric parking brake.

Rear passengers should have a slightly easier time getting in and out of the vehicle as the door apertures are slightly larger than previously. 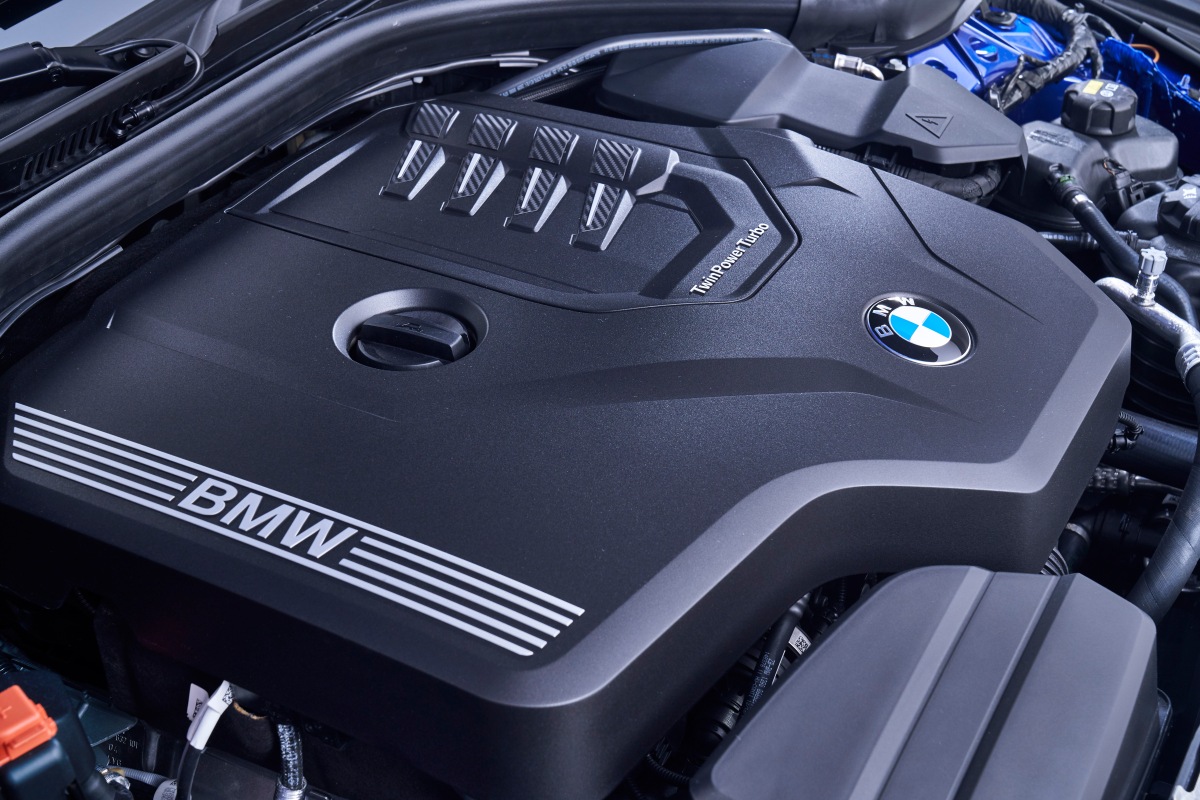 During the course of a week I tested the entry-level 330i xDrive trim. It’s running an upgraded turbocharged 2.0-litre, inline four cylinder engine delivering 255 horsepower and 295 lb-ft of torque (seven and 37 more, respectively, compared to before) — not gobs of power, and a little laggy on initial acceleration, but once wound up feels surprisingly quick. At an observed 10.9 L/100 km fuel consumption in combined city and highway driving, quite efficient as well.

If performance is a concern, a range-topping M340i variant is also offered producing 382 horsepower and 369 lb-ft of torque. 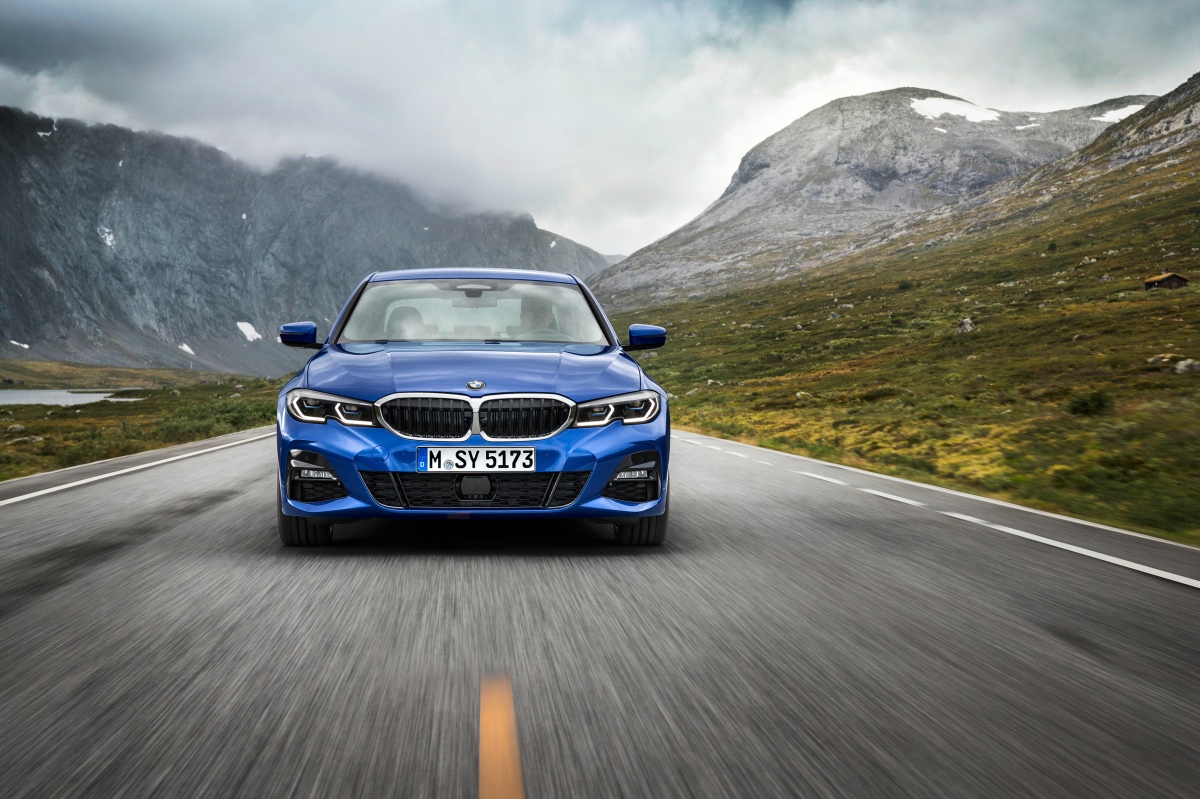