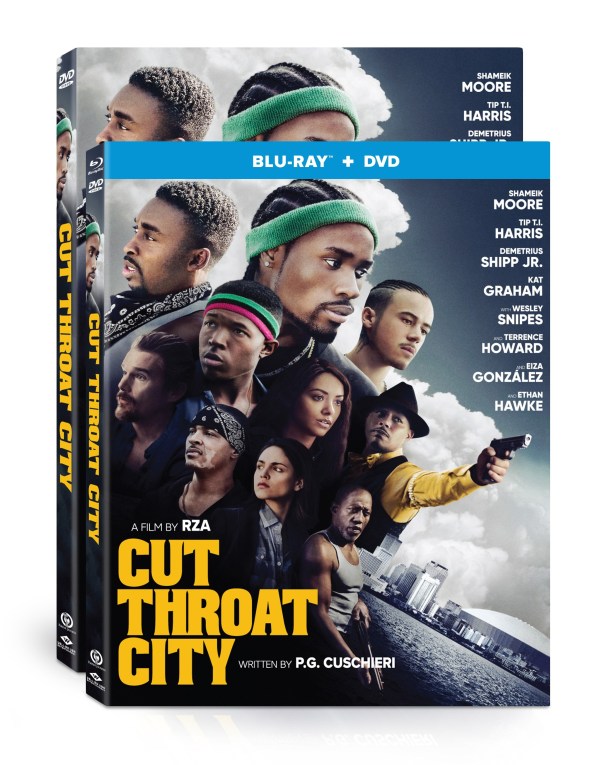 Set in 2005 post-Hurricane Katrina, the film follows four friends living in the Ninth Ward area of New Orleans trying to make it through the fallout of one of the worst natural disasters to hit the United States.

Viewers may not be expecting by the star-studded cast that includes a few actors who have been relatively off the radar like Wesley Snipes (Lawrence), Ethan Hawke (Jackson Symms) and fellow hip-hop artist T.I. (Lorenzo Bass). Shameik Moore, aka the voice of Miles Morales in the hit animated movie Spider-Man: Into the Spider-Verse, plays lead character Blink.

With homes destroyed, scarce jobs available and a little assistance from US aid agency FEMA, Blink and his cohorts turn to local gangster and his wife’s cousin Lorenzo for financial help. Things take a turn for the worse after a tasked casino robbery job goes sideways, resulting in heartbreak and a life on the run from law enforcement and the neighbourhood kingpin.

While the characters are strong and the action scenes gripping, the story continuity often feels muddled and disjointed. The film is at times funny, heart warming, thrilling and even downright terrifying: RZA’s time spent shadowing Quentin Tarantino early on in his career particularly shines through during the artfully violent scenes.

But herein lies the problem, as RZA seems to be struggling to nail down a definitive genre over the 123-minute runtime. At least it’s never boring, with an unsurprisingly head-bobbing soundtrack featuring Wu-Tang stablemate Method Man, and an interpretive finale that will leave people debating over how things really turn out for the protagonists.